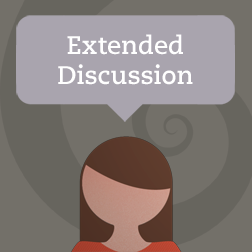 In response to Episode #41 Unbreakable Kimmy Schmidt‘s theme song, Drew and I have created quite the extended discussion.

I didn’t love the Kimmy theme song at first: I found it catchy but too annoying. While researching for the recording, I watched all the videos below related to the theme song. With the context of the show using real kidnapping events to inspire both Kimmy and the other Mole Women, now I find the theme song and especially the full Kimmy Schmidt news report and Walter Bankston Interview to be really funny. It is a well done parody on the news coverage of these tragic events. The autotune fad is also part of that narrative, and context. Regardless of any ethical problems, the theme song is extremely successful in getting stuck in our heads and making us think about watching more. So either way, it looks like they win.

Drew stated his opinion in the episode, so I will briefly paraphrase that he does not find the theme song or interview parody to be funny, clever, or creative. He thinks it is simply a surface parody of a problematic aspect of local news. Although I agree about this aspect of local news exploiting people, too often lower class citizens, for entertainment purposes at the expense of the witnesses, I don’t think Kimmy Schmidt’s opening scene and theme song is punching down at the lower classes.

I will add that the most problematic aspect is the premise of Kimmy and the Mole Women being kidnap/rape survivors. I do think this is too dark of an issue for how the show is executed. All the bright colorful lighthearted comedy is cool, but Kimmy doesn’t appear to have tragic survivor being a part of her identity or an aspect of her Intersectionality. So for this reason, It would be funnier and more fitting if Kimmy escaped an odd hippie commune or cult like community. This opens up and explains her behavior and allows for all the cheap laughs without making questionable rape jokes. She can still have awkward sexual comments that would hit better for me.

Hoisters, I will leave us with these questions to ponder and discuss: